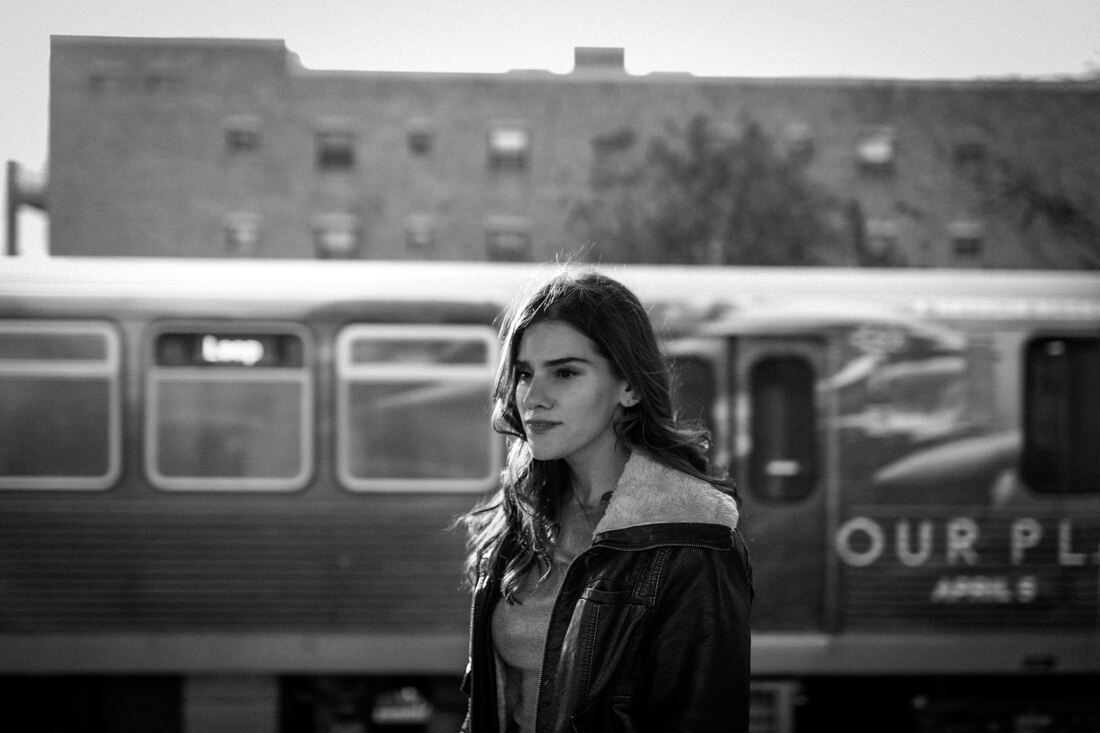 "Photo of Kate Wisel" by Sara Cutaia
"I wrote a story about getting my ears pierced." Kate Wisel recounts an early writing experience, a vignette-style piece of fiction published by her school newspaper in fourth grade. “There was also a gun, diamonds, a character about to get shot... and then she got her ears pierced.” Wisel pauses for a moment. “I think I was trying to talk about something that frightened me. Trying to translate my experience. I continue to do that.”

Since that fourth grade story, Wisel has gone on to become an award-winning author. Originally from Boston, she's now in Chicago. She’s been published in Gulf Coast, Tin House, and New Ohio Review and served as the Carol Houck fiction fellow at the University of Wisconsin-Madison. Her linked story collection, Driving in Cars with Homeless Men, won the 2019 Drue Heinz Literature Prize. Wisel is now adapting the collection for a miniseries pilot with Bad Wolf and Pearl Street Productions.

​Here, Wisel shares her thoughts about developing a craft, discovering a literary voice, and the importance of finding a writing community.

How did you start off your writing career?

I dropped out of [Emerson College]. Then I took a creative writing night class. The teacher was an angel, Jenn De Leon. An actual angel. She saw me, really looked at me. ​​She recognized that I wanted to write stories and encouraged me to come to Guatemala with her for a writing workshop. She encouraged me to go back to school, which I did [to UMass Boston]. She told me about all these literary magazines that I should submit to... she’s been in my life ever since. My trajectory would not be the same without her.

Driving in Cars with Homeless Men captures the grit of Boston and the unique perspectives of your characters so beautifully. What was your process in creating that voice?

A character’s voice is just the way they’re observing the world. Their observations are unique to their own set of experiences, so just like rose-colored glasses, there are a lot of different-colored glasses, and everyone owns a pair of glasses. One character sees a car and sees freedom. Another sees danger. It all depends on where [the character is] in their life and what’s happening in their interiority. Interiority is where the real ideas are. “Seeing in the mind” anchors you in the concrete.

As someone who wrote a full story collection in your twenties, do you have advice for other young writers?

Being in the world in a curious, open way is just as important as sitting down to write. You may think you know what you want to write about, you might think you need a clever, grand idea, but your observations about the world itself will tell you what you’re interested in. You are the only one who can notice what and how you notice it. Your subconscious is a sacred place, let it dictate what you explore. If you do this, your sensibility, like DNA, will be irreplicable. Your imagination will lead you to a place of truth, which is the only thing I want to discover when I read and write.

I like the idea of relinquishing control when it comes to material and then letting your mind work at and play with the material in the revision phase. Keeping a journal is interesting because you can track observations, and patterns often emerge. Wallace Stevens said, “God and the imagination are one.” The word "present" feels like a buzzword right now, but especially at a time where capitalism and social media externalizes our experiences, it’s important to protect our inner life. Reading and writing, it’s not always comfortable, it’s often demanding. But it’s the place we can locate truth, and if you can locate truth you can transform.